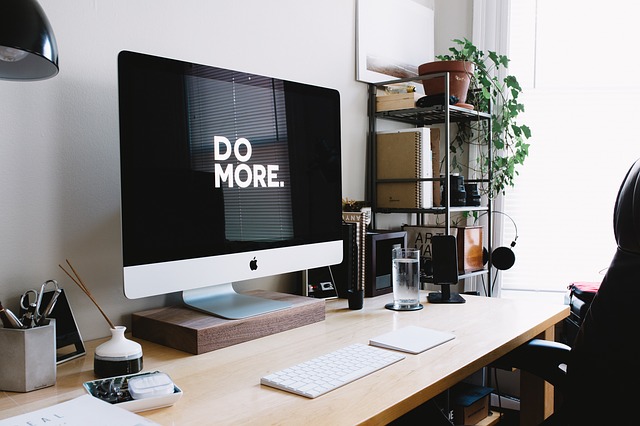 As we ring in 2019, new resolutions and new opportunities abound! The tech industry promises to be no different. This sector is expected to break new ground and forge forward into what should be an exciting year ahead. With all of these tectonic shifts soon to occur, IT support in Toronto has quickly become the need of the hour.

What key technologies can you expect to hear more about very soon? The emergence of some of the most advanced malware protection software, blockchain technologies, augmented and virtual reality and artificial intelligence are the major headliners. Over and above historic breakthroughs, 2019 will focus on preparing for tech advancements in the years to follow.

Being that we live in an increasingly tech-dominated landscape, these trends are unavoidable. Whether you’re a tech whiz or a reluctant user, your professional and social life will inevitably be engulfed by these digital transformations. Even as we speak, smartphones occupy top priority in most of our lives, to the point of there being a paradigm shift from personal computing to the use of mobile devices and tablets.

Let’s break it down. Here’s what the tech world has in store for you in 2019:

Artificial Intelligence is Taking Over Politics, Media, Communication and Transport

The boundary between what’s real and what’s simulated will be blurred by technologies like Alexa, Chatbot, and Siri. Not only do we have to grapple with the rise of AI but also neighbouring software like ANI (Artificial Narrow Intelligence), ASI (Artificial Super Intelligence) and AGI (Artificial General Intelligence). In fact, AI is expected to evolve to the point where it can successfully harness the pattern recognition power as seen in humans and the knowledge, memory, and speed of machinery.

In 2018, deep learning and machine learning dominated the AI stage. In 2019, AI pushes for a future where machines tackle physical labour and even pose a threat to people’s jobs.

Self-driving technology, like Google’s Waymo, is another promising development, albeit still in its nascent stages. The company has already initiated a beta program with driverless vehicles on public streets in Phoenix. People will be able to summon a cab using the Waymo app.

Riders will not only be able to access price, time and distance estimates before their trip, but they will also have the opportunity to instantly communicate with an employee through an in-car console. Right now, only a select group of people who have been vetted are part of the beta program to test the integrity of the system. It is expected to open up to the broader public soon.

In the media, AI won’t be lagging behind either. Powerful tools will be used to algorithmically generate content. For instance, generative adversarial networks will produce, improve and edit articles, videos, images far better than humans.

Moreover, virtual celebrities and fictional avatars are quickly picking up traction in the digital realm. One such instance in 2018 itself that generated tremendous controversy and buzz was the virtual Instagram model, Miquela.

Virtual assistants are equally competent as they can now create cloud programs, make appointments, design a site and even make travel arrangements.

Virtual Politicians Coming to an Office Near You

Even the political world isn’t spared by AI if the recent elections in Russia are anything to go by. A candidate known only as “Alice” ran a campaign with slogans like “the president knows you best” and “the political system of the future.” Granted, she didn’t win but she managed to garner over 20,000 votes.

To be more precise, Alice was an “it” and not a “she”. The AI bot was created by a company called Yandex (the Google of Russia). The purpose of this project was to give a nod of acknowledgment to people’s growing frustration with human politicians and the possibilities that an AI system could bring to the world.

A Battle of Wits: Cyber Crime vs Cyber Security

With the proliferation of antivirus software, malware vectors are growing just as fast. In fact, it is projected that the cost incurred as a result of security breaches will cross over $2 trillion by the year 2019. This means that no industry is safe from hackers.

Confidential data and intellectual property will be damaged by malware to the extent that network infrastructures will be compromised, thus jeopardizing business revenue and productivity.

Malware in 2019 is sophisticated enough to outsmart the most evolved security systems. This has compelled tech companies to transgress beyond traditional techniques so as to catch up with advanced and fast evolving online threats.

The problem is so all-encompassing, in fact, that even governments have made cybersecurity a priority. Recently, attacks like Stuxnet (allegedly perpetrated by Israel and the U.S.), power grid downtimes in Ukraine, and DDoS attacks in Estonia, have reinforced the need for us to place cybercrime at the top of the agenda.

Is Your Business Benefiting From the Latest in the Tech World?

At Tech Support Toronto we aim to furnish your business with the latest news, information, and software upgrades in the technical world so that you remain ahead of the pack. Whether you require advanced cyber security tools or system upgrades at affordable rates, we’ve got you covered. Contact us for more information.