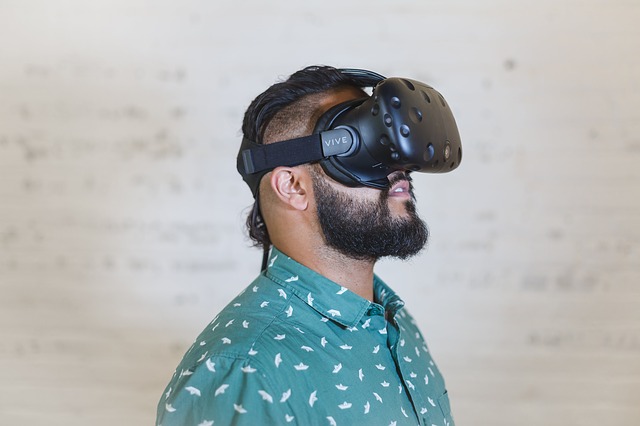 Tech Invasion 2019: Chatbot, AR and VR Trends To Watch Out For

It’s obvious that technology is taking the world by storm. It easily dominates every aspect of the customer experience – right from logistics to the final purchase. But do we have to worry about mankind being completely replaced by smarter bots; bots that can do the job better without asking for a raise, taking time off or making errors?

In this article, we explore just how far Artificial Intelligence (AI) has come. We also reveal why you shouldn’t be worried about losing your place just yet.

If you’re a business owner in Toronto, we explain how the right computer support team can take your website to a whole new level. No matter what trends hit the IT world, you’ll be the first to know!

What is chatbot technology? A chatbot is an AI software that is capable of simulating a conversation with a user via websites, messaging applications, mobile apps, and the likes. So advanced is this tool, in fact, that it can mimic human language perfectly and respond to users’ questions in an accurate manner. The goal is to give users the illusion that they are interacting with another human at the other end of that conversation.

SmarterChild was perhaps the first chatbot to be introduced to young users when they logged into AOL Instant Messenger. Poncho, a beloved cartoon cat, was another similar bot that could give users weather forecasts. However, both SmarterChild and Poncho eventually grew stale and became nothing more than a gimmick in the eyes of users.

So what exactly are users looking for when it comes to chatbots? For one, they want a meaningful experience – something tangible enough to justify these bots’ existence.

Creators of these smart tools are currently afraid that their bots sound too much like bots. However, this stops them from seizing opportunities in which robot-esque chatbots would be immensely useful. Users don’t just care about accurate computer-fed responses to their questions, they want actual help with their specific issues.

The main dilemma here is that companies are creating bots that are flashy enough to make it to the press, rather than focusing on deploying these tools in the right way.

The Possibilities Are Endless

Be that as it may, AI still has huge potential to become a crowd favourite. Take Siri, for instance. Although it currently provides limited interactions and often fails to interpret complex questions, the possibilities remain. Limitations exist due to the fact that it wholly relies on a set of human-inputted data.

If Siri was to be able to mimic humans perfectly, it will have to be more cognitive and use nuanced algorithms. Algorithms that will help it independently run through a series of permutations and combinations to address even the most complicated user issues, while still being able to function if the user makes spelling or grammar errors.

AR and VR are two more promising tools that are quickly gaining traction in the online world. These software are defining, developing and deploying new experiences and thereby enhancing the customer journey.

What is the difference between VR and AR? AR superimposes digital elements onto a live view by using a headset or phone camera. Popular examples of this would be Pokemon Go and Snapchat lenses. VR, on the other hand, is completely immersive. It shuts out the physical world and the user is only able to see and interact with elements in a virtual space. Popular examples of this would be Oculus Rift and Google Cardboard.

E-commerce websites are constantly attempting to blur the line between the virtual world and reality. Shopping is tedious, especially when it comes to clothing. If you happen to find something you like, more power to you. However, oftentimes, people find themselves spending hours upon hours browsing through a store, trying on clothes and finally exiting empty-handed.

Virtual Reality headsets vow to change that. Using this gear, you will be able to visualize the whole store and its products in the virtual world. The software even lets you get a feel of the fabric and colour, after which you can make a decision.

This was an evolving platform that used imagery such as custom ads, billboards, and newspapers through Augmented Reality on cell phones. For instance, Blippar was used by Oreo to let customers determine new Oreo flavors. However, the company recently shut down due to alleged administration and financial struggles.

VR and AR are heralding incredible changes in the future – however, for now, they seem to be on the backburner for the most part. It can’t be denied that lives will get a lot easier with the successful and all-around integration of these technologies.

What Does the Future of Tech Have in Store For You?

There’s only one way to find out! Tech Support Toronto vows to bring you up-to-the-minute information about the various trends in the industry and help your business benefit from them.

Exciting times are ahead. Start today and stay ahead of the competition!